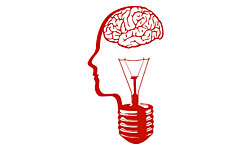 Living in the trough of the worst recession since the Great Depression, it’s only logical to ask where and when the next productivity jolt might help spur the the economy into another period of rapid growth.

Or is that just wishful thinking? Northwestern University Professor Robert Gordon is challenging the widespread belief that mature economies are destined to grow faster than their underlying populations. He has identified “frontier” economies—those at the cutting edge of productivity improvements—and come to the conclusion that it may be a lot tougher to restore American prosperity than expected.

Gordon argues that the fourth revolution bestowed economic blessings that haven’t lasted as long as the others. Since the dot-com bubble burst in 2000, aside from IT gadgets spawned from the last revolution, there have been no real productivity gains in workplace efficiency.

Gordon’s analysis suggests that even if innovation continues at the same pace as in the past, there are six “headwinds” that are dragging progress down to a low level of half or less of the 1.9 percent annual growth rate experienced between 1960 and 2007. These include the spiraling national debt, an aging workforce of baby boomers, gaps in the education system, rising income inequality, globalization, and declining energy/environmental resources.

So is American prosperity coming to an end? Other economists are more optimistic than Gordon, stating the trends he cites can be turned around. They argue that he underestimates the nation’s ability to make adjustments.

Given American genius for innovation and its connection to prosperity, the endless political debate about changing marginal tax brackets seems trivial. The real reward will come with the next productivity jolt.

And as for the next great invention, no one can predict how and when a random idea will impact the economy. When Steve Jobs created a computer in his garage, he wasn’t thinking about how his taxes might be affected. Like any innovator, his cutting-edge creation was meant to increase productivity and expand the frontiers of prosperity for the common good.

Want to learn more? Sign up for our free newsletter.

We help businesses leap the digital technology gap to create a successful online presence by hand crafting stunning experiences for your visitors to drive sales and achieve marketing goals.

Learn more about us.

Tap into my knowledge of web trends and how your website can attract business and stay secure from hacking and malware.

Stay up to date on critical web developments. Check out my latest blog posts to the right >